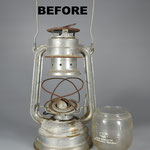 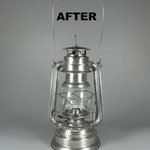 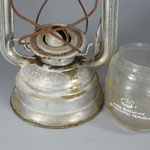 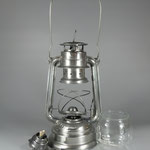 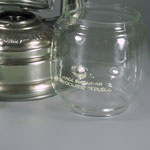 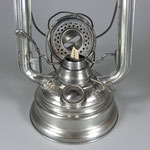 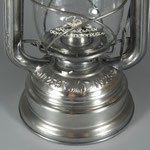 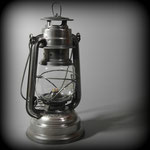 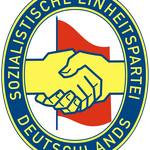 This lantern is identical to the BAT 159, but rather than the BAT logo on the fount, it has the SED "shaking hands" logo of the former GDR (German Democratic Republic).  It is theorized that the lantern was part of a commissioned work of the SED and was used for special guest presents or awards for notable members.

The etched globe also shows the 'shaking hands' SED logo.  This globe is original to the lantern.

The Socialist Unity Party of Germany (German: Sozialistische Einheitspartei Deutschlands, SED), established in April 1946, was the governing Marxist–Leninist political party of the German Democratic Republic from the country's foundation in October 1949 until it was dissolved after the Peaceful Revolution in 1989.