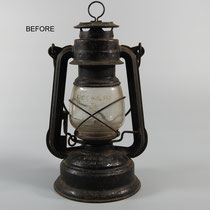 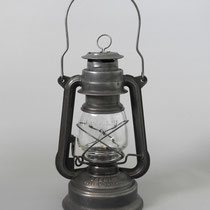 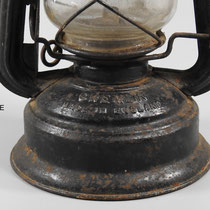 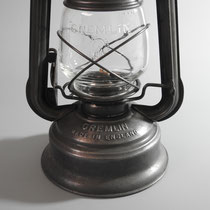 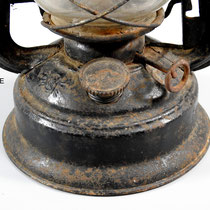 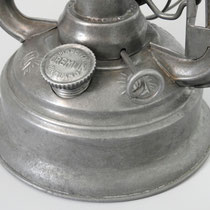 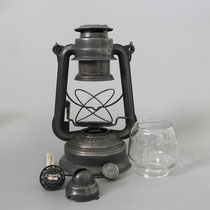 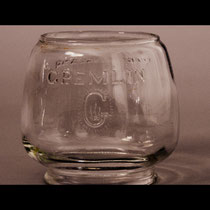 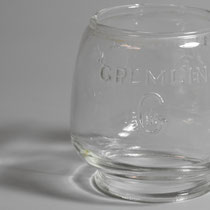 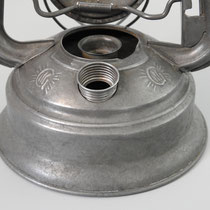 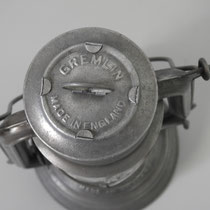 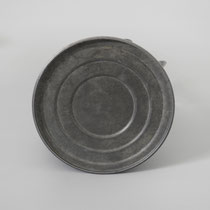 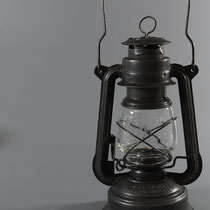 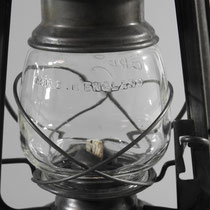 GREMLIN KEROSENE LANTERN - MADE IN ENGLAND

This lantern was found in France.  It was painted in Black paint which was easily removed. Underneath was a welcome surprise with the quality of the tin and all intact. Not a pinhole to be found. Minimal rust. All the components on this lantern are original.

The size of this lantern and the build is comparable to a Feuerhand Nr. 275/276.

Not much is known about the history of production of the Gremlin lantern. This is the only information I have thus far:

"During the Second World War the company diversified into armaments, as did so many other engineering companies. In the post-war period, Hudswell, Clarke and Co Ltd was closely involved in various secret programs, including the British nuclear weapon programs.


The airframe for the first British nuclear bomb, Blue Danube was manufactured by Hudswell Clarke at its Roundhay Road, Leeds, plant. The air frame for Red Beard, the second generation tactical nuclear bomb, followed with that for Violet Club, the Interim Megaton Weapon; and there were many other projects.


All the bombs detonated at the Christmas Island H-bomb tests were contained in air frames designed and built by Hudswell Clarke. The company were also major contributors to other military projects, e.g. the Centurion main battle tank conversion into an armored bridge layer, that served with the British Army for many years. The contraction of defense manufacturing in the mid-1960s contributed to the sale and demise of the company."