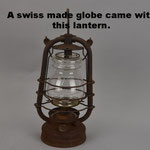 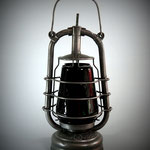 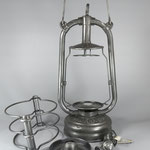 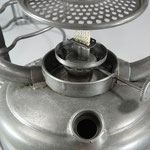 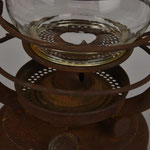 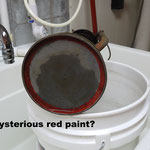 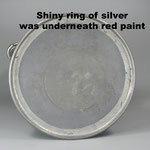 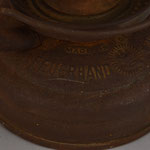 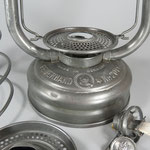 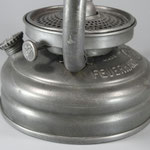 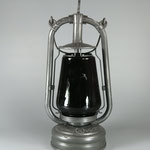 I had purchased this lantern because of the Swiss Globe that was residing in it.  The Swiss Globe has a small embossed lighthouse on it.  The lantern has some issues with dents in the air tubes, but after all the rust was removed, the lantern was definitely worth keeping.

During the rust removal process, a red rim of paint appeared on the bottom of the fuel tank.  It looked production applied as opposed to someone painting it.  It eventually all came off and the photo next to it shows what was underneath the paint.  I do not know if this has any meaning or not in relation to the production of this lantern.