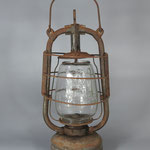 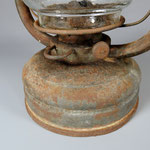 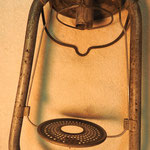 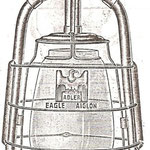 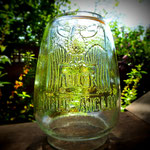 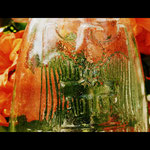 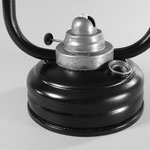 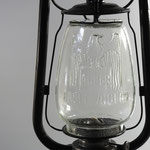 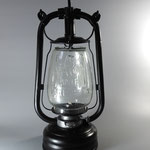 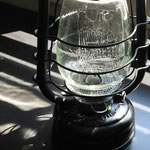 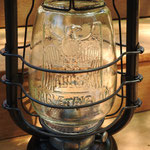 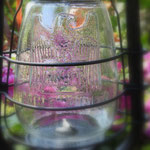 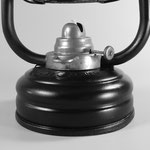 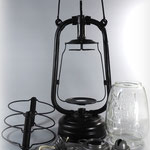 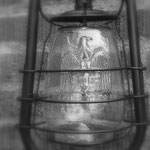 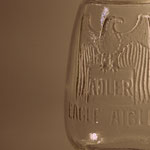 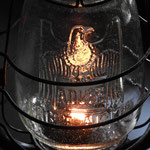 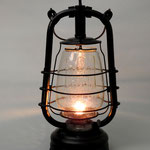 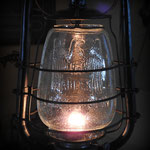 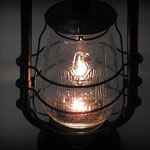 Early D R Patent Kerosene lantern which is a Type 2 version. The globe is a very early Heinrich Friedrich Adler Globe. Not only is it embossed 'Adler' underneath the imposing huge Eagle, but it also has "Eagle -Aiglon'. Translated in French, 'Aiglon' = Eaglet. This is one of my most 'bubbled' hand blown globes. Very heavy and embossing.

The brand name 'ADLER' was in 1914, for the company Heinrich Friedrich of Beierfeld, registered (word mark).

Lantern was in fairly good condition except for both of the air tubes. It also had the wrong cage on it. All the pinholes were sealed as best as possible and the lantern was repainted.