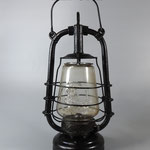 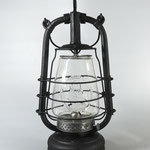 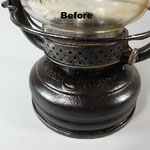 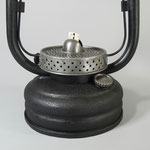 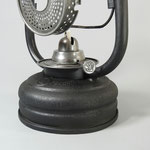 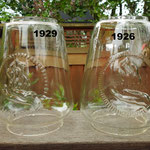 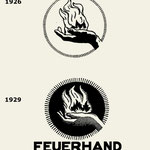 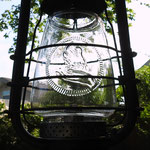 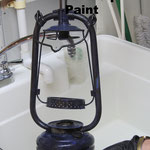 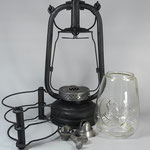 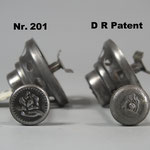 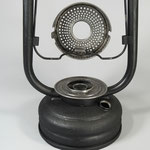 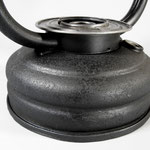 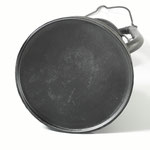 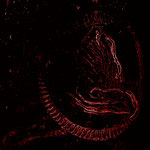 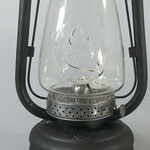 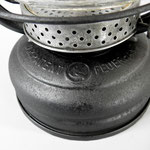 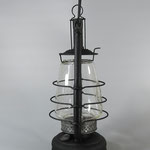 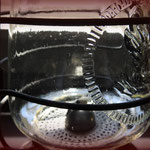 This lantern was purchased in the UK.  The lantern had 2 heavy coats of old paint on it; Black and then underneath the black was purple. It was stripped of the old paint and repainted again.

The original burner has a broken burner (currently being repaired).  I have placed a Feuerhand Nr. 201 Burner in this lantern as it fits perfectly.  This lantern is identical to the Nr. 201.

This particular model was the last model of D R Patent made before it then became the Feuerhand Nr. 201.  This is indicated by the burner it has.  There are 4 known different types of D R Patent models.

The 'Patent Feuerhand' (logo in the circle) was applied for in 1913.

The 'D.R. Patent Feuerhand 'came onto the market a little later. It can be found on advertising leaflets from Nier track until the early 1920s.

As for the 'D.R. Patent Feuerhand 'lanterns it gets a bit more complicated.

There were 5 different variants, which, for reference, are called type 1 - type 5.

Overall condition of the lantern underneath the paint was excellent.