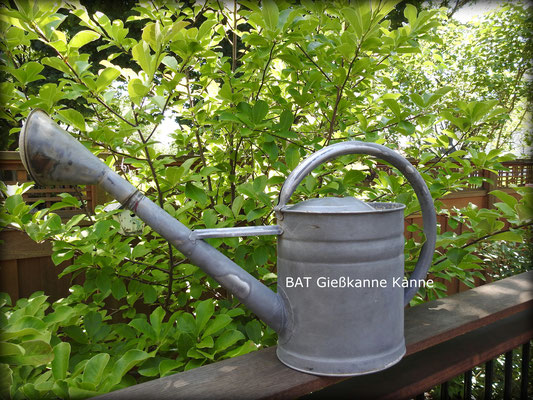 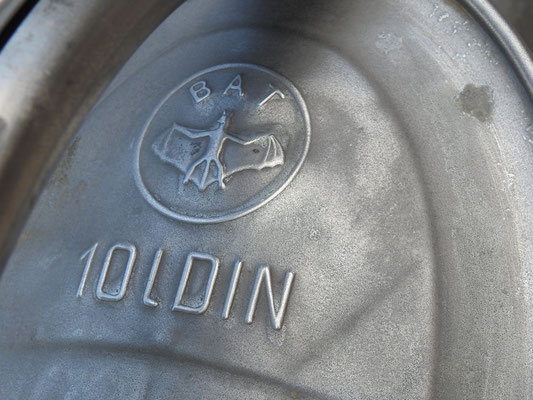 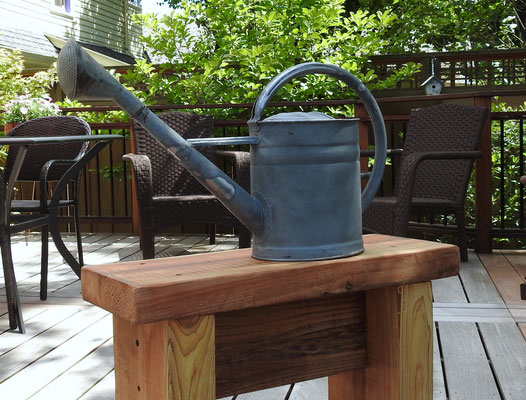 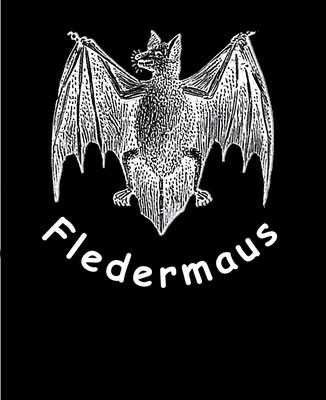 This is a vintage 'Bat' Brand Zink watering can. It is embossed with the Bat Logo and also '10LDIN'. This stands for 10 Liter DIN. (Deutsches Institut für Normung e.V. (DIN; in English, the German Institute for Standardization) is the German national organization for standardization)

"The original logo of the bat came from Erfurt. The MeWa Beierfeld later Foron, however, developed his own bat mark in the 50s,which was then used for the lanterns BAT 158 and BAT 159. Since the 1950s watering cans with 3,5,8,10 and 13 liters content have been produced. Likewise, one manufactured fuel tanks with 10l and 20l content for the population. As well as oil cans with 2l content. In addition to the products mentioned were many other sheet metal products made by MeWa Beierfeld. The production ran until 1989." SOURCE: J. Wekenmann

"The bat mark of the company Stübgen has a little odyssey behind it. It was first used by Stübgen, then by the HASAG. After the war first the Englishmen secured the trademark right at this sign and then

the MeWa. Since the English already had the right to the original had the MeWa to modify it a bit. The original bat has down-hanging wings and a big belly. The trademark of MeWa had horizontal wings and

SIDE NOTE: I found this can one morning while walking my pup, Jäger. It was off in the bushes in front of a neighbors house.  I had to do a double take with my eyes as I couldn't believe what I was seeing. This is certainly something you do not see in Oregon! I found the original owner and convinced her to sell it to me and now it resides with all the rest of my Fledermaus lanterns.