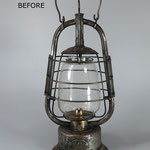 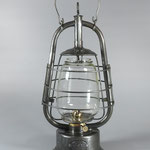 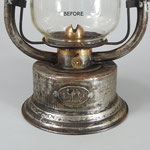 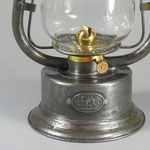 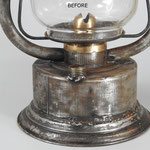 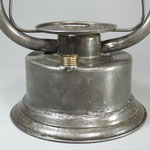 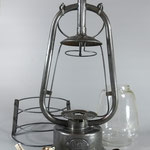 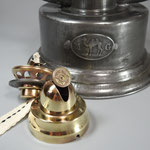 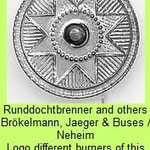 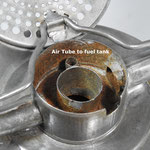 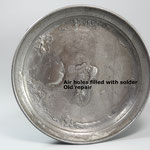 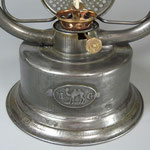 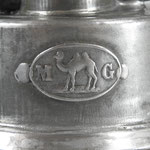 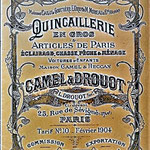 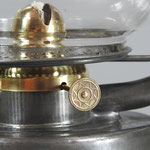 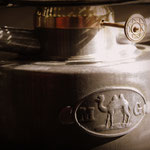 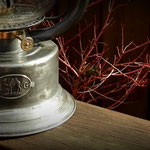 The maker of this lantern has been identified as L. Drouot, Paris. This model is in a catalogue of Drouot  from 1928 it has a different name though, the Camel is the rebadged version.


L. Drouot is the maker of the La lanterns like the L' Lumineuse, La Etincelante and more.

K&T distributed his own catalogs in France as well as in Germany, English and Spanish language.  They worked with other customers who could place their own labels (badges, etc) on the lantern and most likely with the approval of K&T.  Some of the labeling was possibly done at the K &T factory.  *Source Andrzej Matla

Evidence of this was found by Andrzej in several old French catalogues like Camel Drouot (Paris 1904-11).  My theory is that this particular badge has something to do with the catalog owners/wholesalers/retailers. I do not know what the initials 'M   G' stand for.

*The image of the Camel Drouot in the gallery is an example only of the old French Catalogs. This lantern may or may not have anything to do with the catalog.

Actually, this lantern has more repairs on it than I can count. Someone wanted to keep this lantern functioning for as long as possible. The tabs on the upper chimney for the globe holder were broken but have now been soldered back into position. The brass burner cone and burner are like brand new and are fully functional. The company that made the burner is noted above in the photo gallery. The fuel tank has been sealed.

The French lanterns, in general, were typically clear globes with only a few exceptions. The globe that came with the lantern is very old and has many visible deep turn marks. I would not be surprised if this was not original to the lantern.

The brass fuel cap is missing.