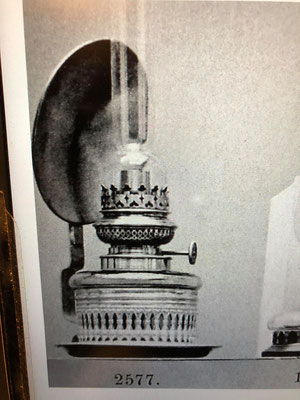 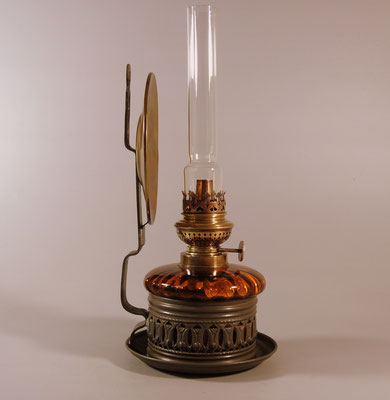 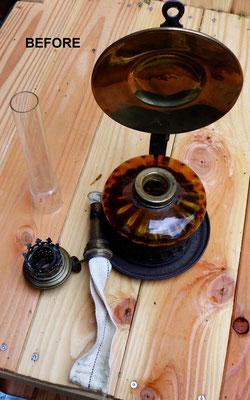 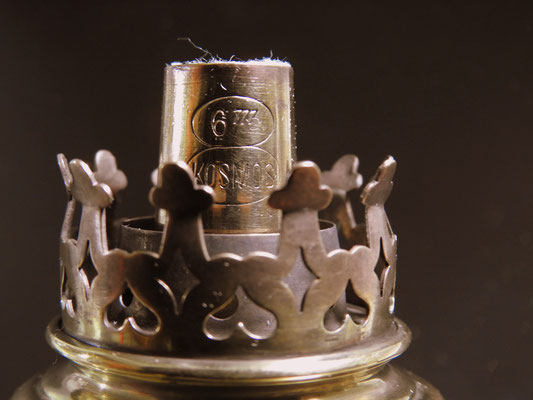 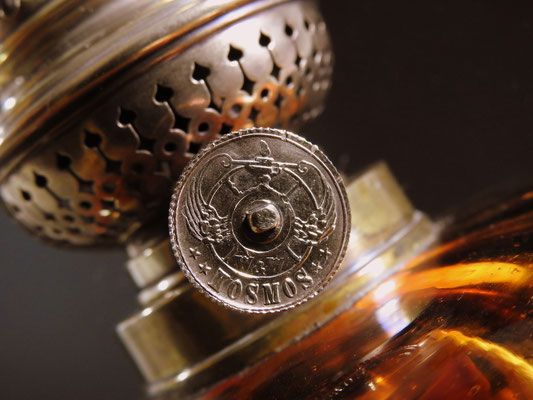 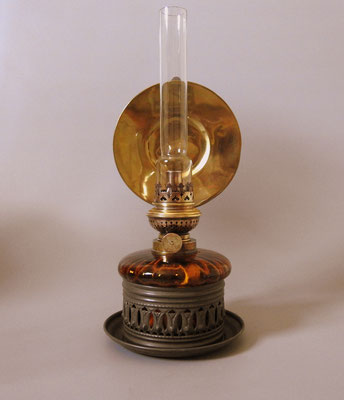 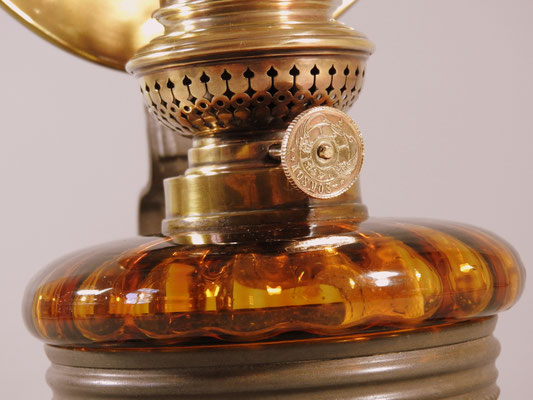 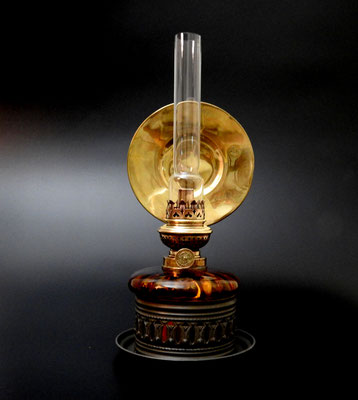 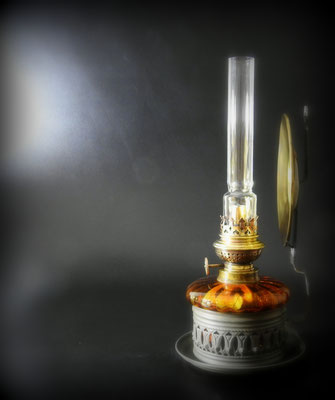 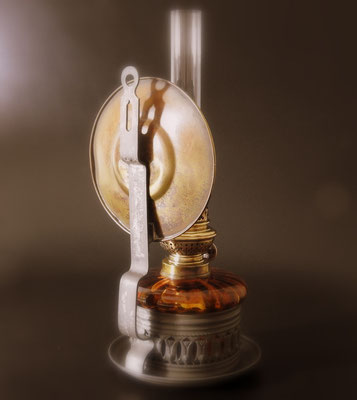 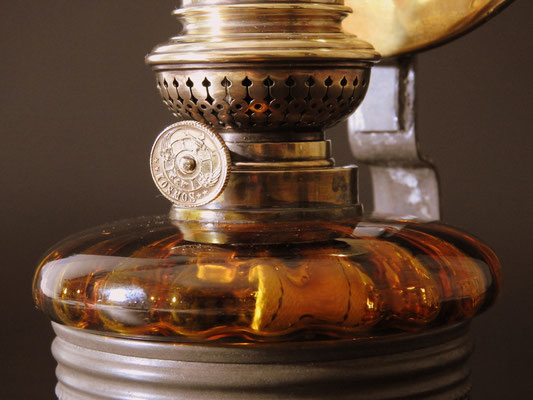 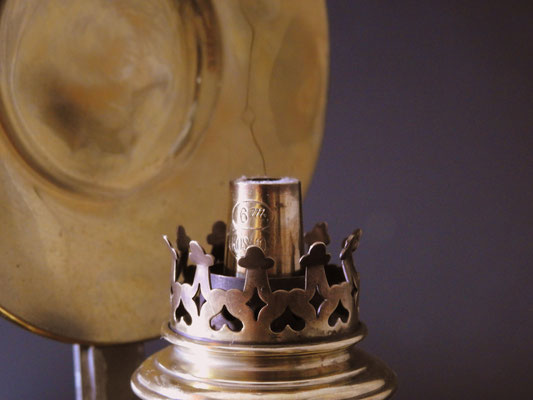 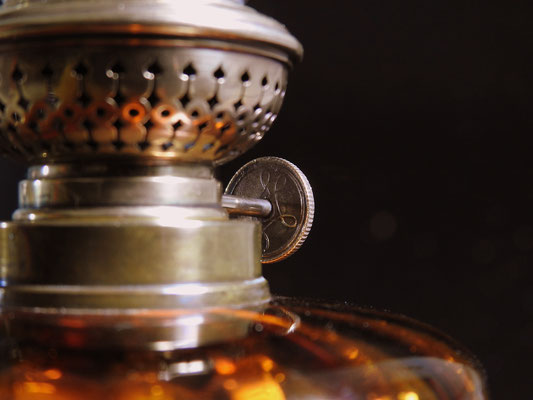 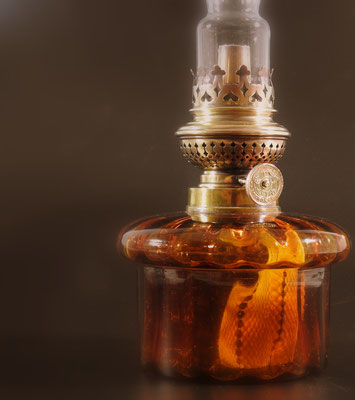 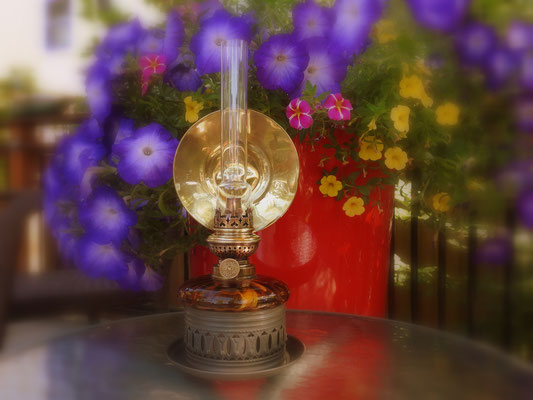 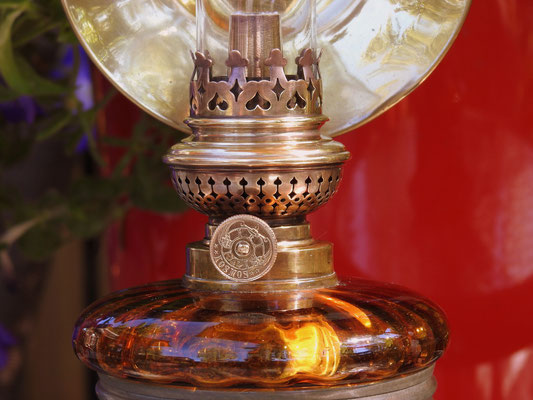 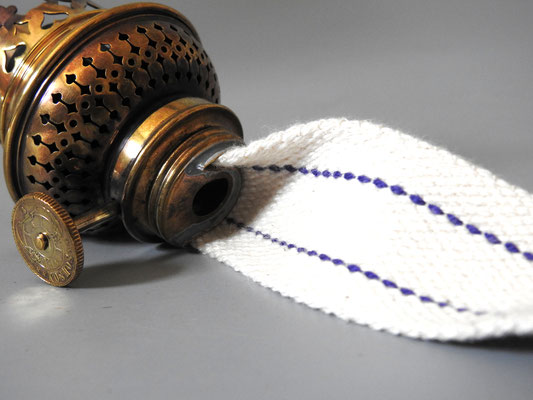 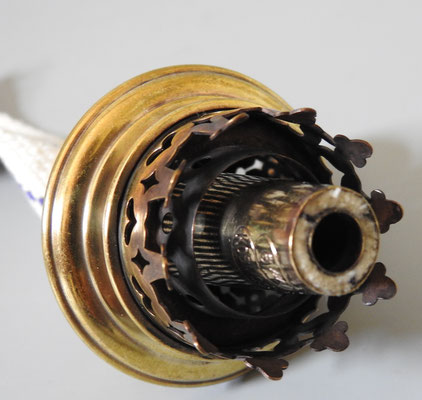 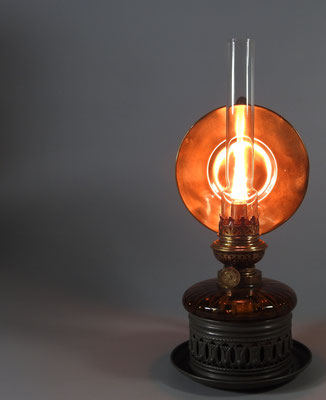 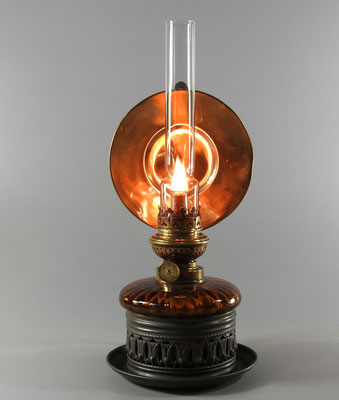 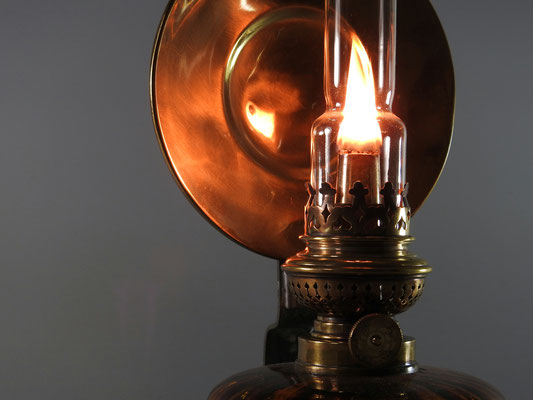 This is a beautiful and rare small Wild & Wessel 'Kitchen Table' lamp. I is all original and in full working order.  The 6''' burner is rare and in beautiful working condition.

It is very similar to the catalog image above which was generously supplied by M. Breil.

Wild & Wessel of Berlin in 1865 developed the "Kosmos" burner, where a flat-wick formed is round. To obtain clean burning, a side draft was used to induce combustion air to the center of the circle of wick.  The side draft burner obviated the need for a central air shaft through the fuel reservoir, and were easier to manufacture than center draft lamps.  To direct the air flow properly past the flame, these burners used a pinched, reduced diameter chimney.   Emil Wild was granted US patent #303774 on Aug. 19, 1884 for a Kosmos burner with a flame spreader.  This burner was in my opinion the epitome of brilliant design. Sold in the US as the B.B.S. "Imperial" burner. The Central Vulcan was sold by Catterson's in England. these lamps were absolutely outstanding burning lamps, easily putting out as much light as a larger center draft lamp. SOURCE: Miles Stairs