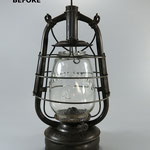 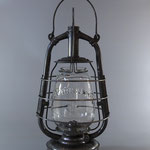 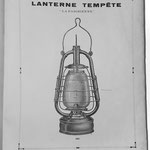 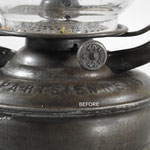 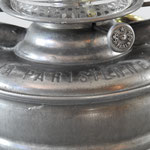 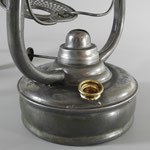 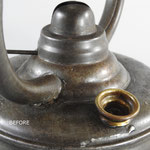 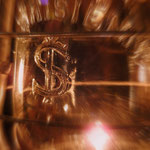 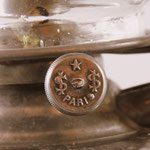 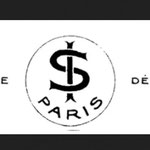 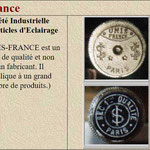 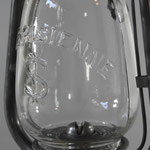 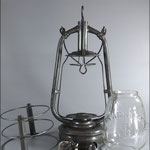 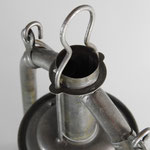 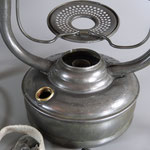 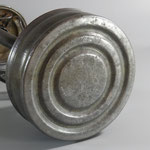 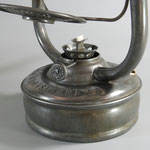 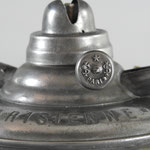 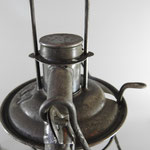 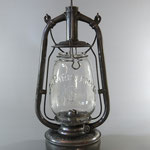 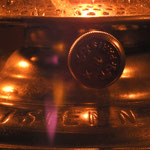 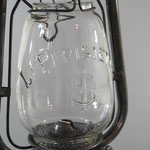 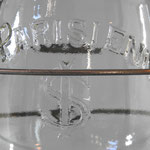 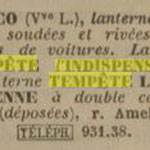 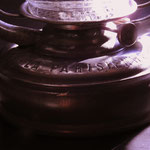 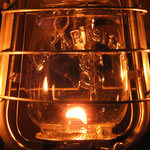 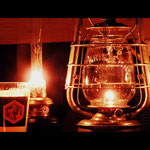 This is a very nice example of an very early French Lantern which was produced in 1920. All original. The globe is embossed with the companies logo which is the dollar sign ($). Also beautifully embossed on the wick driver.

The lantern has a removal cap on top for air tube clean out; very similar to the Swiss Helvetia lanterns.  At first glance it would appear that maybe this lantern should not go through the restoration process, but upon closer inspection the rust was prevalent throughout the lantern in particular near the burner insert area. Most of the surrounding tin was either missing or ready to disintegrate which it most certainly did once I pulled it out of the rust removal bath. A repair was made and is now solid and leak proof.

The fuel tank has also been sealed.

"Since "UNIS" keeps popping up here as a supposed manufacturer/dealer a small contribution for clarification.
"UNIS" was founded in 1916 and was an association that replaced the non-protected "made in France" logo with just this protected "UNIS" logo whereby companies that wanted to use it also had to meet certain quality requirements. The numbers below the logo - e.g. 6 - 11 for the Société Industrielle d'Articles d'Eclairage indicate the registration with UNIS. Similar to the "referred body" in the current CE mark. "UNIS" was to promote the "buy French" during the First World War - La France en premier!

This lantern from the 1926 catalog of the Société Industrielle d'Articles d'Eclairage: