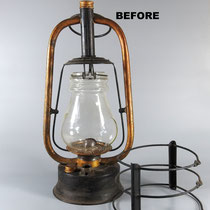 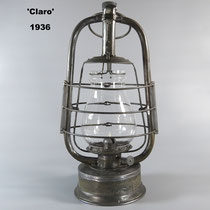 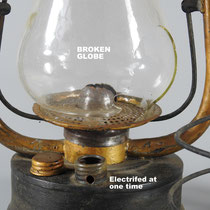 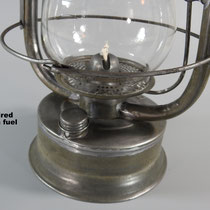 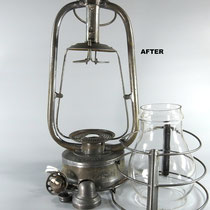 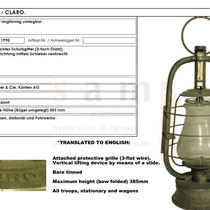 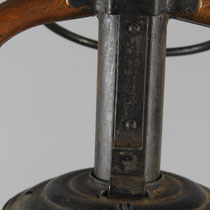 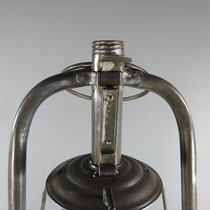 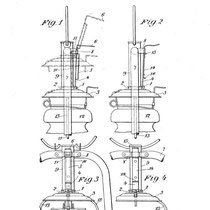 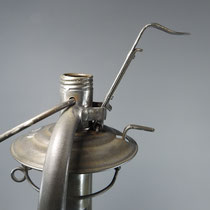 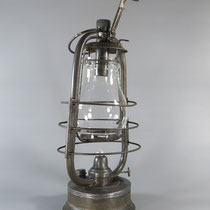 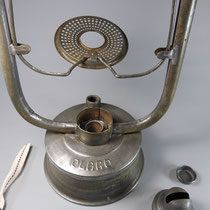 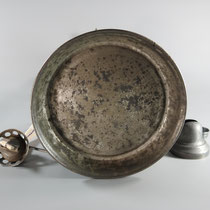 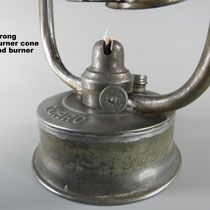 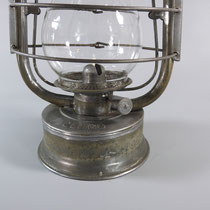 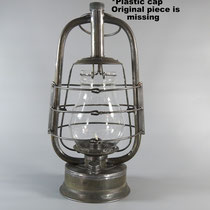 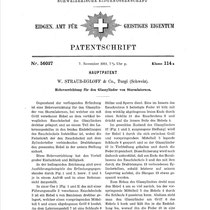 This Swiss lantern was made by Birchmeier & Cie which was founded under the name TROST & CIE in Künten in the canton of Aargau, Switzerland.

At that time the company produced lamps and metal goods.

As seen in the documentation by the SWISS ARMY MUSEUM (SAM), this lantern was produced in 1936 and used during the war when Switzerland was being threatened by Hitler and Germany with an invasion.

The globe that was in the lantern arrived broken. It is a very small globe and fortunately I had a replacement which actually matches what is shown in the SAM document.  Once I began restoring the lantern, it became obvious the burner cone and burner were not original to the lantern. The top piece which screws into the chimney  was a plastic bottle cap.

1. The burner is ill fitting and not proper. I believe this lantern would take a Helvetia Burner.

2. The Burner cone is loose fitting and not original to the lantern.

3. Missing the top metal piece which would be very similar to what you see on a Helvetia Lantern.

Surprisingly, underneath all the paint, was a solid lantern with no pin holes. She has been tested and does not leak.

The spray technology only found its beginnings a few years later with an ingenious invention: Johann Babtist Birchmeier, accountant and silent partner in the factory since 1889, learned about the problems wine growers had with phylloxera. Introduced from North America, this pest destroyed entire growing areas in Europe. Birchmeier couldn't get rid of the problem - and so in 1889 he developed the world's first backpack sprayer. A few years later he took over the company and renamed it "Birchmeier & Cie".