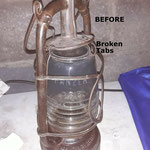 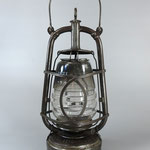 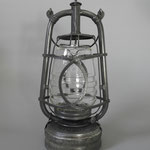 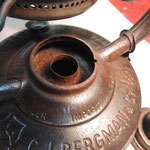 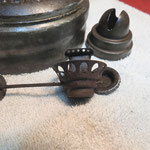 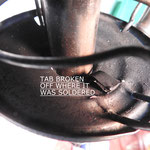 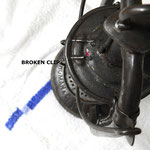 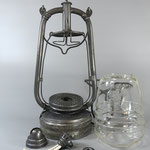 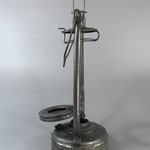 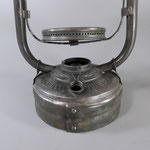 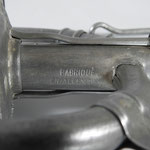 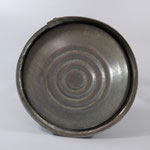 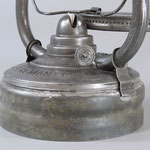 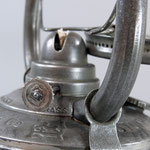 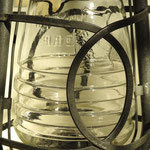 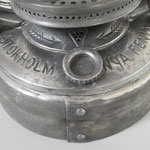 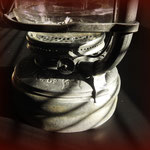 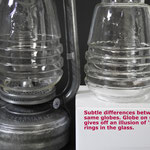 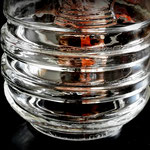 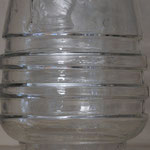 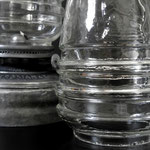 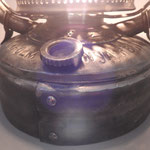 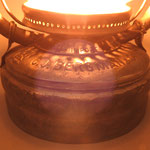 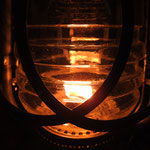 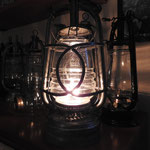 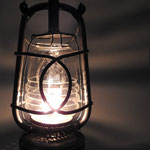 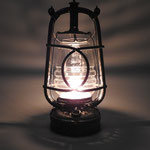 This particular lantern is actually the K & T 'Phoenix' which was manufactured for the Swedish Market. The name was changed to 'FENIX'.  C. J. Bergman was the main distributor for central Sweden and Stockholm area.

What I love about this lantern is that it is 'overbuilt'. It is a very heavy lantern with numerous amounts of embossing on the fuel tank. On one side it has the Panzer Logo, C. J. Bergman & Co. plus the word 'IMPORT'.  On the other side of the fuel tank, it is embossed with 'STOCKHOLM' & NYA FENIX plus it has the air hole - snorkel and arrows.

The Panzer emblem is on the thumb driver of the burner and it has the scissor style globe cage. As best as I can tell, this is 100% original.

ISSUES: The only issue with this lantern was that two of the tabs on the chimney had broken apart. These were soldered back into place.

The original stepped Panzer globe that you are seeing in the lantern is somewhat different than my other stepped globe that I purchased a few years ago.  The globe in the lantern does not have the same 'glass illusion' as my other globe which appears to have silver rings on it.  It's possible Silver (which is used in making glass mirrors) was used when producing this glass globe.