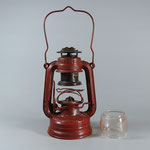 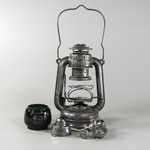 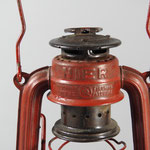 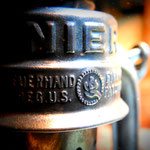 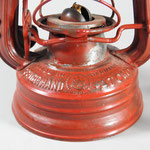 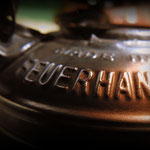 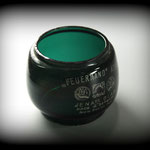 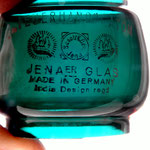 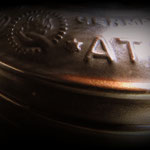 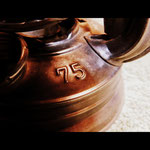 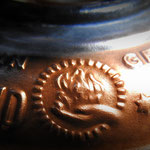 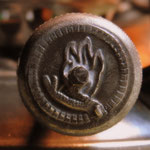 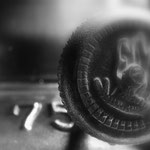 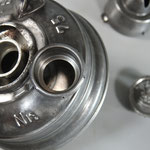 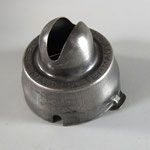 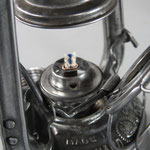 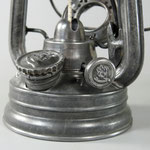 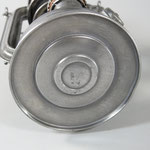 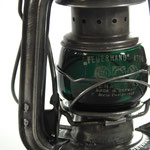 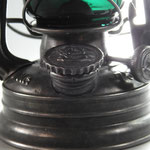 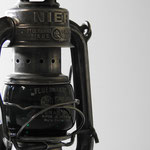 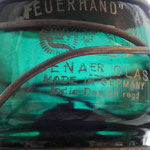 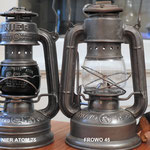 Underneath a layer of Red paint, yellow paint and then black paint was a treasure. This lantern was protected all those years from rust and was also appears not to have been used much. The inside of the tank is shiny and new in appearance.  The lantern arrived to me with a clear etched Atom 75 globe. I have now mounted the desirable and rare Green Atom Globe. This beautiful and rare Green Atom 75 globe does not bear the lantern’s type number which indicates it is the oldest that you can find made in the very early first years of Jena Feuerhand globes.

This is a very hard to find NIER Atom 75 as it was only made for a short period of time for export to the USA. * "The FH 75 Atom was sold from June 1936, so it can only have been exported until August 1939 at the latest. Because with the beginning of the war the relations with the USA ceased, as is well known, so no more were produced for export". SOURCE: Dan Landschoof