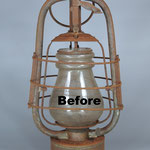 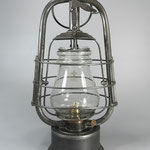 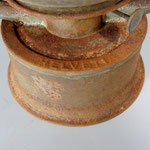 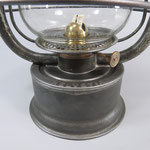 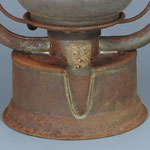 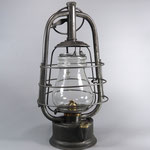 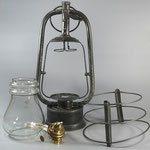 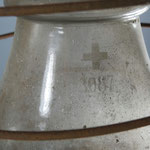 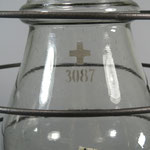 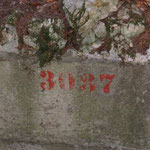 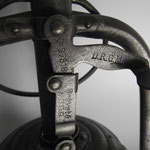 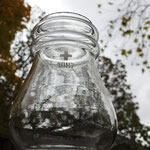 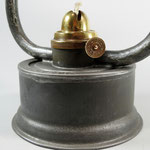 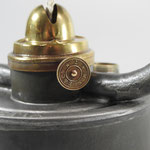 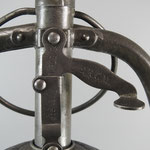 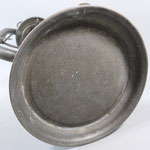 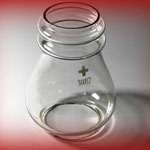 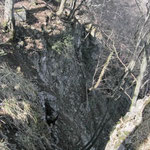 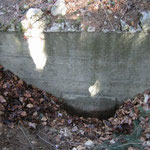 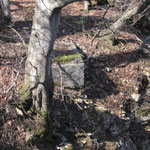 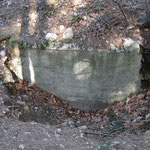 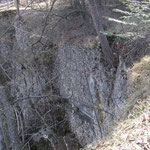 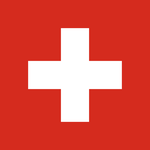 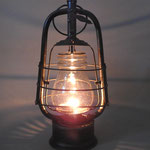 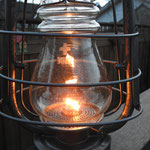 This model of Helvetia is different than my Swiss Military Helvetia's.  I believe model has an earlier production year and was an export to three different countries. The Patent/Utility stamps are on the mechanical lift. During this particular time era,  if you wanted to export a lantern to other countries, it is was always wise to protect the lantern with patents or utility models (DRGM) in these countries.

The reason I added this Helvetia to my collection was the globe.  It is etched with the Swiss Cross and the number 3087.  Once again, with the tremendous assistance of Mr. Moret in Switzerland, he was able to identify which bunker this globe was in. *Photos above of what is left visible of the bunker.

"As for your lantern, which bears a Swiss cross and number 3087, I found where it came from. The Observatory of Artillery at the entrance is backfilled. You may find some photos of the Petit Observatoire, in practice some ruins only. It is located in Farnsburg south-east of Basel."

I can not say if the lantern was used in the bunker, but the globe was marked and designated for bunker number 3087.

The burner is a beautiful burner with the markings of Egloff & Cie.