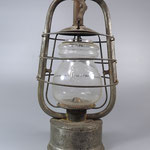 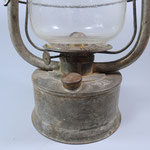 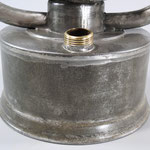 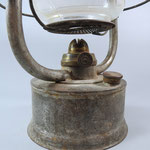 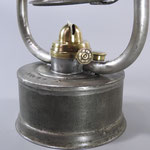 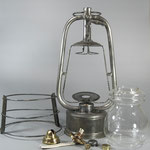 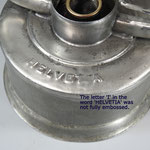 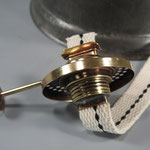 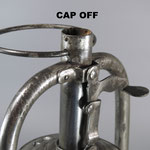 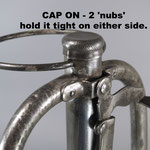 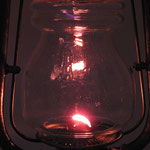 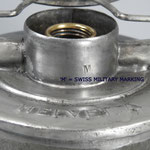 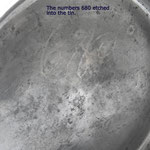 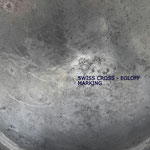 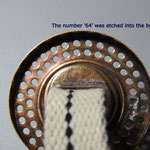 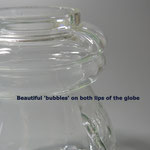 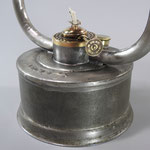 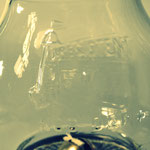 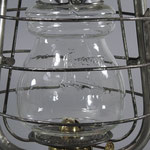 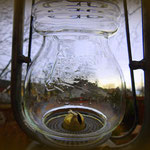 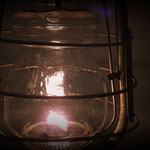 This is another example of the special Helvetia Lanterns that were made for the Swiss Army during the National Redoubt.  There was enough of the original tin to warrant NOT painting it.  It has a lot of history and was best to only remove the rust and polish it.

It comes with the letter "M" Stamped on it which indicates it was for the Swiss Military. The globe is very special and rare. Numerous bubbles and waves are present in this hand blown glass globe.  It is embossed with a lighthouse and the words 'RESISTENT'.  Embossed near the bottom of the globe is this:

The trade mark 'Resistent' was used since 1895 (?) by Egloff, Levy Fils, Wild & Wessel and other lantern mfgs.

The embossing of the word 'HELVETIA' on the top of the fuel tank was not a complete impression-stamping.   SEE PHOTO.

On the bottom tank, etched into the tin, is what appears to be the number 680.  On the bottom of the burner, etched into the brass, is number '64'.  Those could possibly either designate which bunker/fort it was to be used in, what troop it should be with or possibly a part number, though I doubt that what the numbers are.   The etching is done by hand - not machined like the letter "M'.   The Burner is marked with Egloff & Cie's Initials.