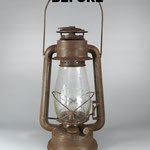 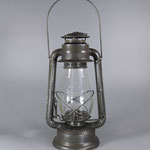 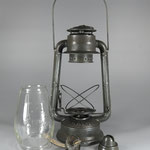 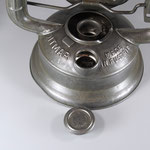 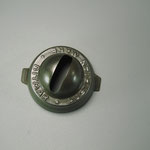 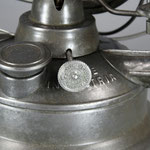 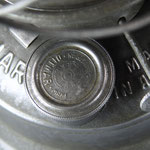 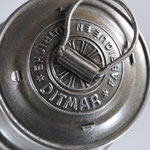 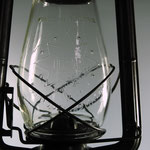 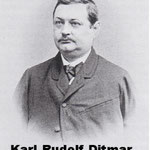 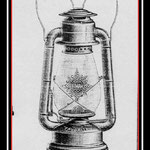 This is a beautiful and all original Austrian made Kerosene lantern.  This lantern was  pristine when I had purchased it, but then it was lost in transit for over 4 months.  The package arrived very damaged.  Most of the lantern survived, but there are now 2 dents in the fuel fount near the rim.  Nonetheless, it is a charming and highly detailed lantern.

On the glass globe, it is embossed 'MADE in AUSTRIA DITMAR (then the beautiful embossed Ditmar Logo) FABRIQUE EN AUTRICHE'.  The wick driver and filler cap is very delicately detailed as is the top of the chimney.

Approximate size is very close to the Frowo Nr. 75.  The exact date of this lantern is unknown, but most likely prewar (before 1940).

The company originally started with the manufacture of Carcel- and Moderatorlamps.  Then, around 1860 they also made kerosene lamps and burners. Around 1903, 8 years after the death of Rudolf, the factory name was changed in Fa.R.Ditmar.  This name was used until approximately 1907.

In 1907, after the take over by the Gebrüder Brünner, the name was altered again in: Lampen Metallwaren Fabriken R.Ditmar Gebr. Brünner AG. This was until around 1938 when it was once again changed to Ditmar-Brünner AG.