Paul Hooley was born and educated in Surrey. He founded a design and printing company that grew to be ranked amongst the industry’s top 1%. He has also been a director of a building society, a private hospital and companies involved in advertising, entertainment, publishing, finance, building, transport, property and engineering. He retired from business in 1990 since when he has devoted much of his time to studying, writing and lecturing on a wide range of historical and military subjects. A former town and district councillor, he was Mayor of Bedford in 1978. Amongst other involvements he has been a magistrate, a tax commissioner and a prison visitor. He has been married to Helen for over fifty years, has three children and now lives in Dorset.

Wolfe Frank was the grandson of Albert Frank and became the chief interpreter at history's greatest trails:  The Nuremberg Trials.

"The memoirs of Wolfe Frank, which lay hidden in an attic for twenty-five years, are a unique and highly moving behind-the-scenes account of what happened at Nuremberg – ‘the greatest trial in history’ – seen through the eyes of a witness to the whole proceedings. They include important historical information never previously revealed. In an extraordinarily explicit life story, Frank includes his personal encounters, inside and outside the courtroom, with all the war criminals, particularly Hermann Goering. This, therefore, is a unique record that adds substantially to what is already publicly known about the trials and the defendants."

This is a must read book and can be purchased here on Amazon.

‘Nuremberg’s Voice of Doom, The Autobiography of the Chief Interpreter at History’s Greatest Trials, as compiled, edited and amplified by Paul Hooley, is published by Frontline books and costs £19.99 . . . Frank’s extraordinary memoirs give a fresh insight into how Hitler’s henchmen faced the hangman’s noose – and how the handsome playboy mixed his harrowing work with pleasure . . . In the book Paul Hooley’s well-researched notes are printed in a different typeface but they brilliantly fill in the blank spaces and bring order to the intriguing narrative of Wolfe’s incredible life’.

'I finished the book in almost one sitting . . . An amazing tale . . . Fascinating information about an incredible man. Such an important story to tell. Both my son and daughter will be receiving a copy of Nuremberg’s Voice of Doom for Christmas'.

I can tell you this – it [Nuremberg’s Voice of Doom] was wonderful. I read it on the day I bought it, taking me about fifteen hours. I couldn't put it down because it was so interesting and well written. I am so looking forward to The Undercover Nazi Hunter [a Frank/Hooley sequel to be published by Frontline/P&S in March 2019].

"Nuremberg’s Voice of Doom is an incredible read and once I started, I had a hard time putting it down. All the qualities of an excellent book."

‘The Memoirs of 'Voice of Doom' interpreter Wolfe Frank, who relayed death sentences to more than a dozen Nazis during Nuremberg Trials, are made public for the first time after laying hidden in a Dorset attic for over 25 years . . . these memoirs, which offer a haunting window into the past, have been released as a book, revealing the acceptance and defiance of some of history's most evil men as they prepared for the hangman's noose’.

‘The author lived through this extra ordinary trial process. He was a critical part of it and he received plaudits from all of the Allies for his services . . . The author has provided a unique insight into the war crimes trials that followed Victory in Europe – Most Recommended’.

'Overall it is a quality book and we definitely recommend it’. 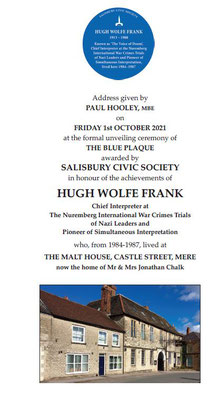 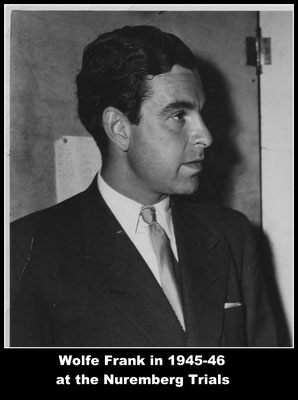 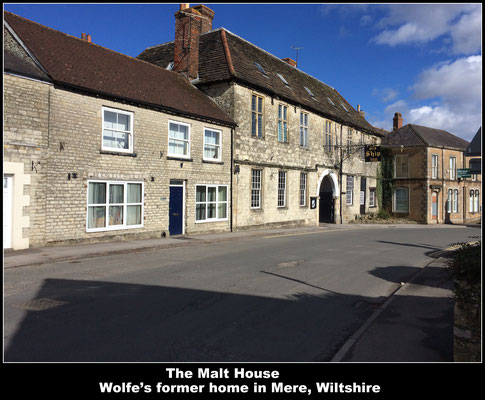 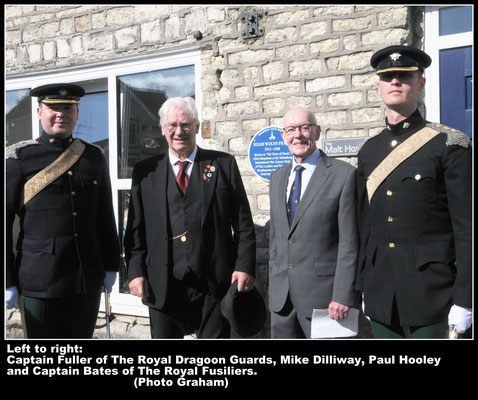 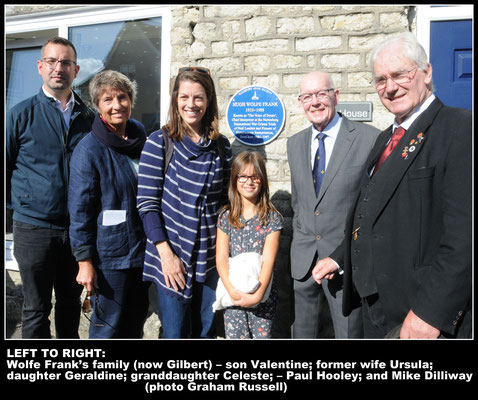