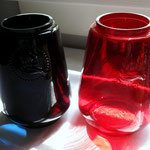 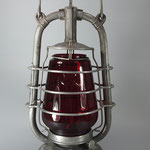 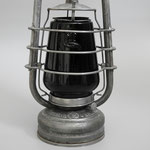 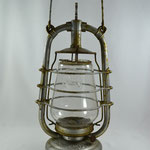 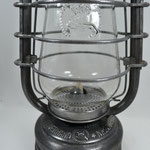 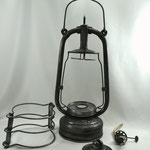 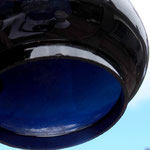 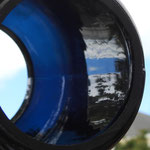 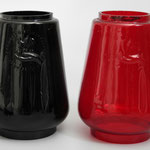 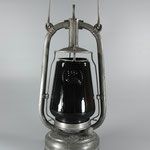 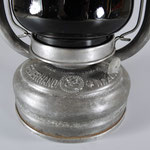 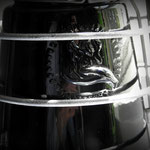 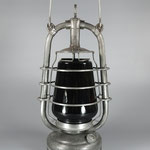 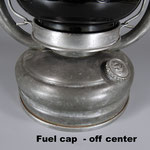 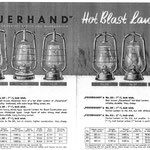 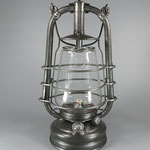 This lantern has a very rare Original Feuerhand Luftschutz "black out" Globe from WW2.

Made in Germany. You can only see the dark blue when it is held at a certain angle in the light. It was used for Anti Air Defense during WW2. When this lantern is fired up, the light that is emitted is very, very faint. The original Globe that came with this lantern is clear and embossed. I also have the Red globe that is embossed.

This FH 201 model has the fuel cap (filler cap) off center. The other version (as noted in the comment section below) has the fuel cap centered on the fount.  See last photo in the gallery (my other FH 201).

This FH 201 model has the clamps on the air tubes where it meets the fuel tank and this would make production of this model sometime before 1939.