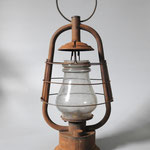 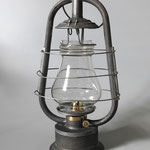 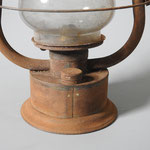 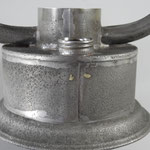 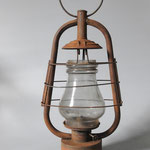 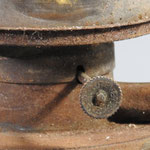 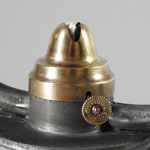 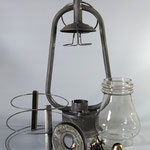 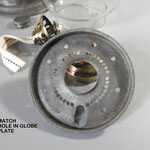 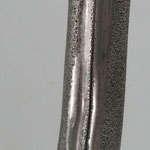 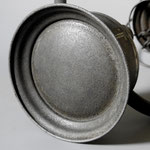 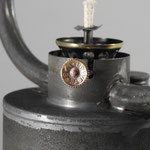 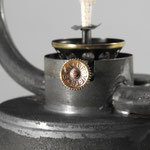 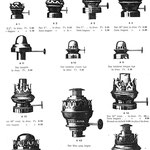 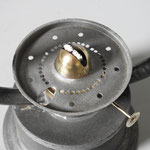 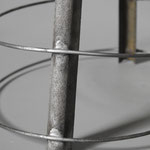 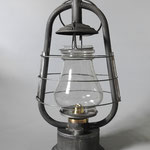 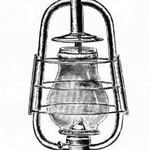 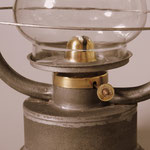 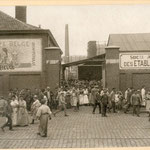 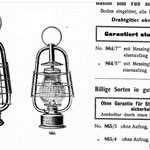 The information I have on this lantern is limited. The current thought from the experts* is that this is an early Lempreur & Bernard (L&B) OR an E. KLÖPFEL & SOHN Lantern given the build and characteristics of the lantern. *Hans-Werner Jehn  & Henk Kloosterman who assisted me with trying to identify this lantern.

The lantern came from Germany from an Antiquities dealer who had no information on it. The big surprise was the burner. It is a L & B Burner. Lempreur & Bernard, Lampes Belges, were makers of paraffin lamps and gas fittings with characteristic circular burners (Kosmos, Matador Style). To find a flat wick burner made by them is extremely rare. Only one image of a burner, such as the one in the lantern, is seen an old L & B Catalog. Source: Markus Breil

The other point of interest is the mention of Albert Riegerman in a document I found on L & B. I'm still looking for an Albert Riegerman marked Lantern and had hopes this might be the lantern, but it is not.

This lantern is in exceptional condition given the age. There were no pinholes present anywhere. The one issue is with the burner rod. It is bent and I have decided to leave it alone for fear of breaking it. It works like it should even though the with the rod is bent. Notice that this lantern has no globe lift system. It has a 'match hole' in the globe plate which is where you put a match to light the wick.

As Henk Kloosterman so wisely stated in regards to this lantern:

The parts are put together by hand, but machines were used to make/press certain parts. It's very unsatisfying to have a lantern that no one knows anything about.

It's very satisfying to have a lantern that rare that no one knows anything about it.”