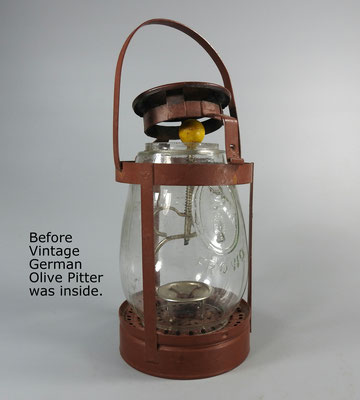 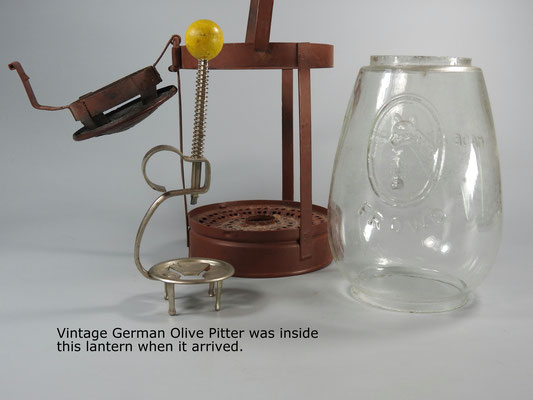 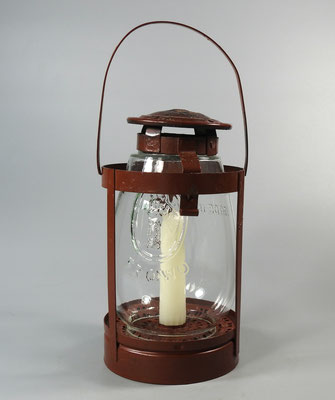 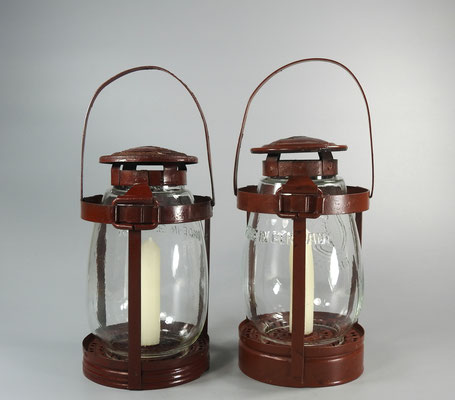 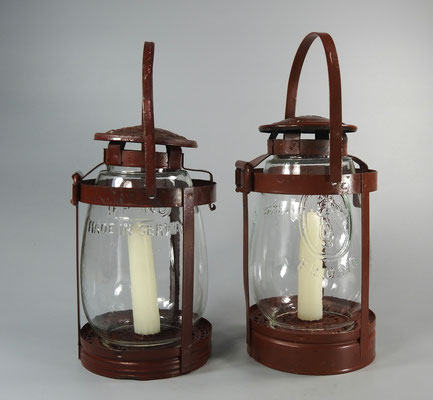 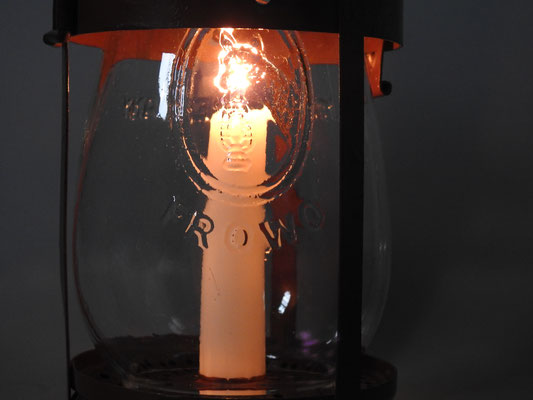 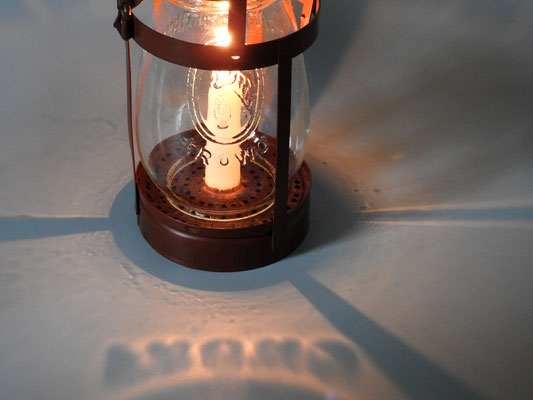 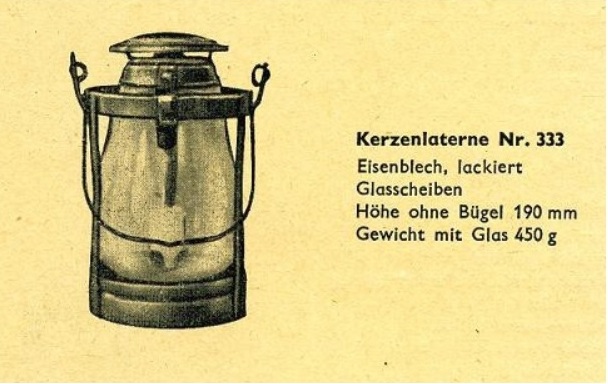 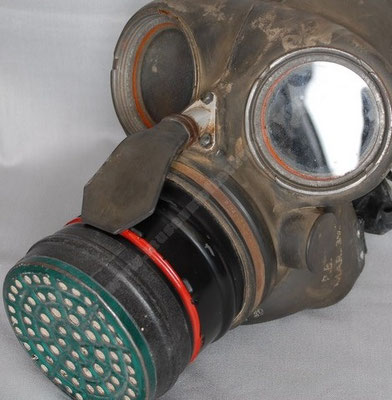 This is my second Kerzenlantern and has a very interesting piece of history and an odd connection between Feuerhand and Fröhlich & Wolter.  Made from parts of WW2 German Gas masks that were manufactured by Feuerhand and then were later on purchased by Frowo.

This is the original paint/color.  The hinge is a belt buckle part.  Material shortages were very common and they used what was available at the time.

The globe is embossed with the Hund (Pup).  Notice the height difference between the two lanterns.

*The original seller in Germany must have thought the Olive Pitter was part of the lantern and it was still inside the globe when I received it.*

On the bottom is the stamped Ordnance letters = fcc.  These three letters indicate: 'Nier, Hermann, Metallwarenfabrik, Beierfeld in Sachsen'

* From The Standard Directory of Proof Marks, by Gerhard Wirnsberger
'GERMAN ORDNANCE CODES'

*After World War I, Germany was totally disarmed. When Hitler became Reich's
Chancellor in 1933, he began an era of re-armament. This had to be done in secrecy.
To conceal what was going on in the German arms and allied industries, manufacturers
were assigned code letters or numbers. This ordnance coding began in 1938,
continued [sic] to the last days of the Third Reich.

Early during WWII, Allied intelligence sources discovered the code,
and despite concerted efforts, were unable to break the code.
Even after the war when tons of documents were unearthed,
the entire list of codes was not found, and thus some of the codes are still unknown.