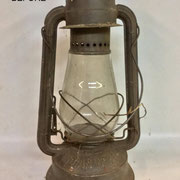 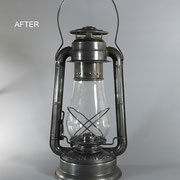 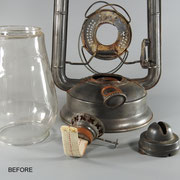 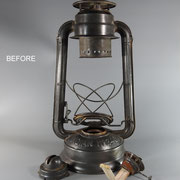 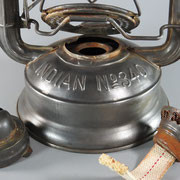 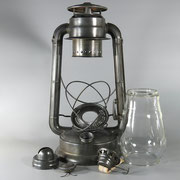 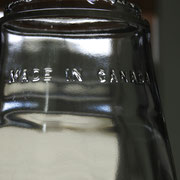 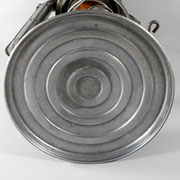 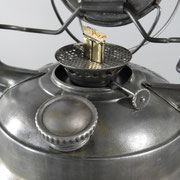 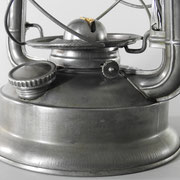 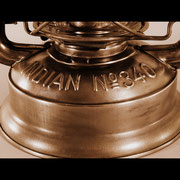 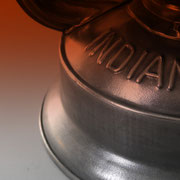 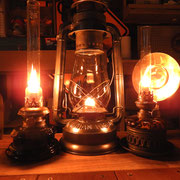 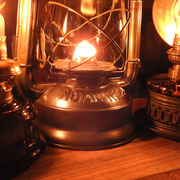 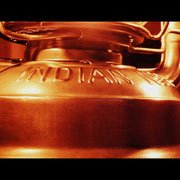 The Frowo Indian Kerosene lantern was made by Frowo for export only to Canada during the 1930's. It is the same size model as the regular Frowo 340 or Frowo Nr. 262. It is also the same size and weight as the Dietz 'Blizzard model. The Frowo Indian lantern is considered to be rare and not often seen.

The difference between the two models is the embossing of the word "INDIAN" on the fuel tank and does not have the Frowo flower logo on the fuel cap. The lantern was originally owned and first restored by A. Webster in Canada. When it arrived to me, it did have surface rust on it and was a fairly quick restoration.

There is damage to the globe lifter plate and a temporary fix was applied. The lantern stands 14.5" tall (not including the bail) and weighs approximately 2.6 pounds with the globe mounted. The globe is clear and embossed with 'Made in Canada' on one side.