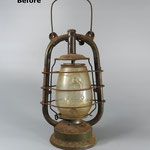 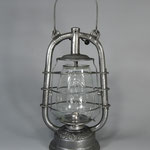 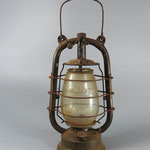 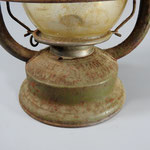 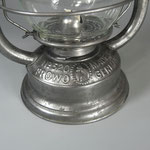 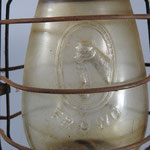 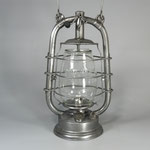 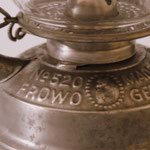 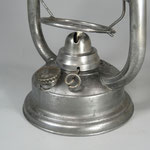 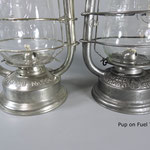 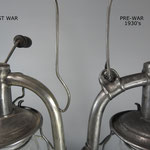 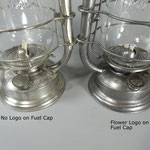 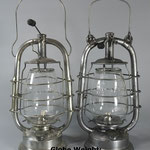 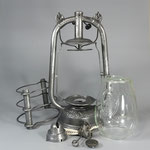 Another Frowo from Italy with the Pup Globe and pup on the Fuel Tank.  The lantern was very much in need of restoration. Underneath the paint and rust was a lantern that still had most of its original tin left. The discoloration you see in the photos is from the deterioration of the tin.

Side by side, with a post war Frowo Nr. 520, there are significant differences. See the photos above in the gallery. Most notable is the different mounts for the bail. The burner is also different and so is the design of the crank (kurbel). The other interesting detail is that the pup globe from the post war Frowo weighs in at 5.8 Ounces. The pup globe, which is original to the pre war model above, weighs in at 8.1 Ounces. This is a significant difference in the amount of glass and the weight is obvious when you hold both globes in your hand.