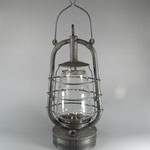 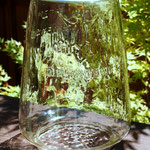 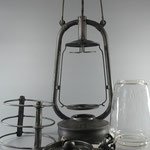 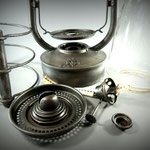 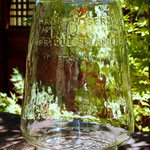 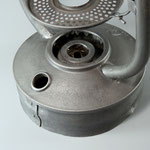 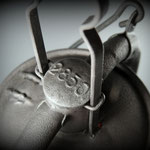 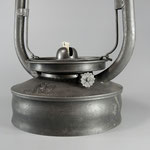 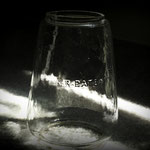 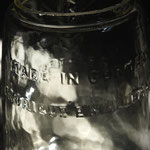 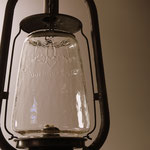 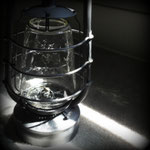 The glass, which is so heavily 'bubbled',  is embossed with the 'Fledermaus' on the front. On the back, it is  marked 'MADE IN GERMANY' and  'Fabriqué en Allemagne' which is French for 'Made in Germany'.

This globe was made in Germany for export to France. The fuel fount is marked '6' D.R. PATENTE'  with the embossed Bat - Fledermaus.

Note the burner insert as this is different than the other models of later Nr. 2850's.   This is how this lantern was able to be dated.