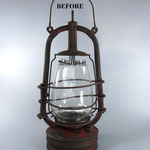 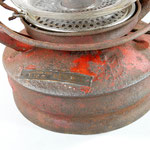 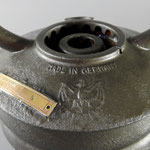 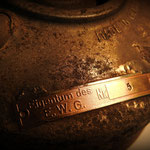 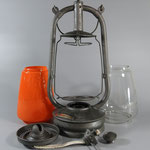 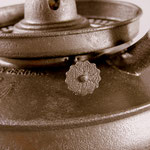 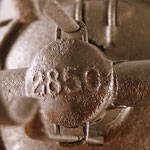 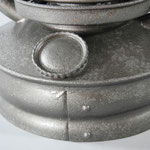 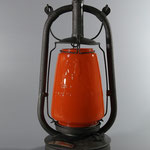 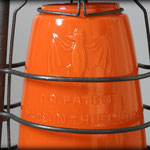 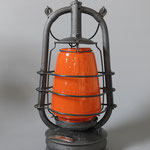 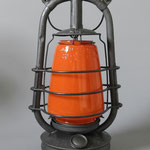 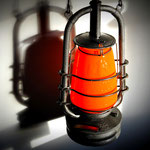 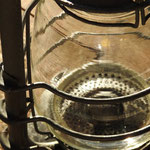 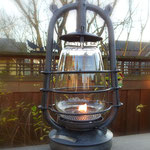 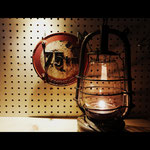 This is a very interesting lantern which I found in Poland. The point of interest is the badge with the embossing on it of 'EIGENTUM DES E.W.G. Nr. 5'. Translation is 'PROPERTY OF EEC' which signifies it's place in history with what was to become known as the EU (European Union).  The seller in Poland indicated he had seen such lanterns hanging in a building where business was conducted in connection to the EWG - EEC.

Several articles on this subject suggest that Hitler was involved in the formation of the EWG. Such authors assert that the Nazis were working to form European community from the early 1940s when they realized they would likely lose the war. According to Christopher Story, the Nazi’s set up the German Geopolitical Centre in 1942 as a think-tank to produce a long-range strategy to take over Europe in the event that they would lose the war, and their ideas were set out in the Europaische Wirtschaftsgemeinschaft, or European Economic Community (EEC) published in 1942, during a conference at the University of Berlin.

The globe that arrived with this lantern is the very old clear globe as pictured in the photo gallery. It is hand blown (SEE PHOTO GALLERY) and most likely was the globe used, but I can't say for sure. The orange Bat globe you are seeing is a globe I already owned and it now resides in this Bat Lantern.   The lantern is riddled with pitting and repairs were made to the globe lifter guides and the tank was sealed with POR15.  This lantern has been used quite heavily yet was well worth saving given the history behind it.