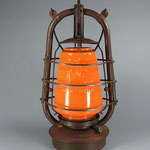 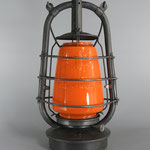 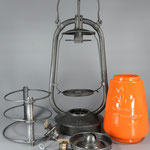 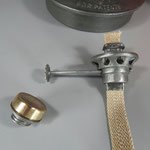 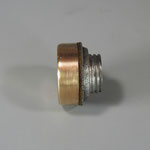 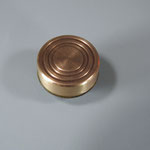 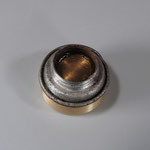 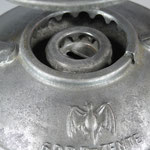 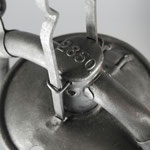 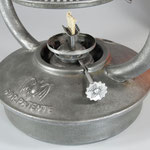 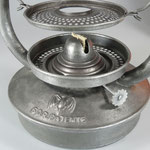 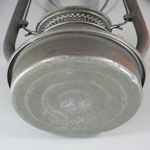 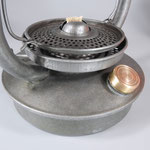 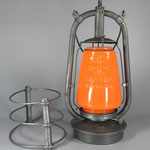 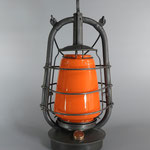 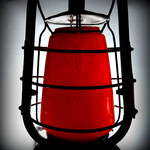 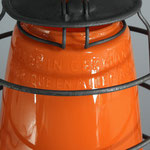 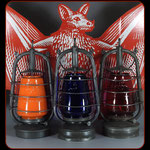 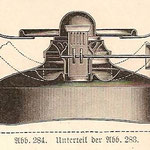 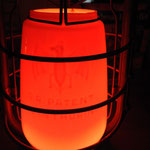 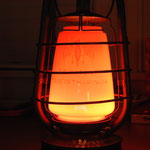 The burner insert is also different than the other models which is how this lantern was able to be dated.

The Orange globe is the most rare out of the three colors of globes (Red, Blue, Orange). This was produced with what is called an 'overlap' technique.   White glass was once again poured with the orange glass mass.   The glass  is embossed with the 'Fledermaus' on the front and marked 'D.R. PATENT' and

'MADE IN THURINGIA'.   Very rare globe.  The fuel fount is marked '6' D.R. PATENTE' and the embossed Bat.

The fuel cap is not original.

A very big thank you to  ACHIM STÜBGEN for supplying the information and details, including the photo of the catalog from 1902.