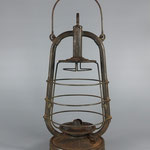 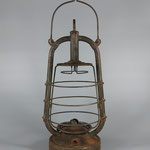 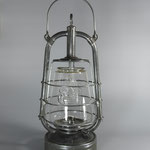 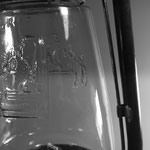 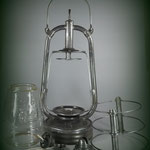 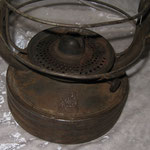 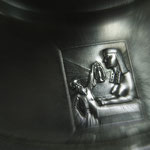 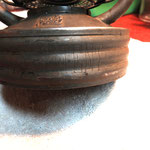 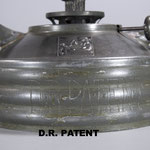 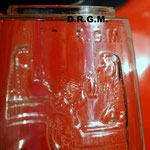 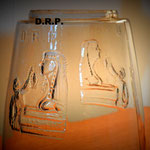 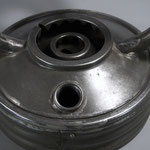 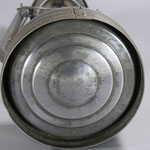 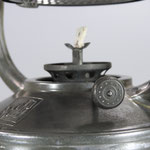 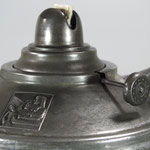 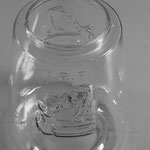 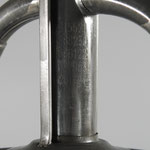 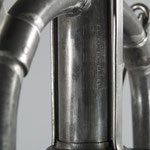 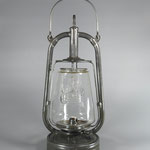 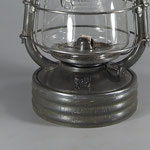 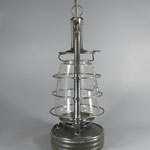 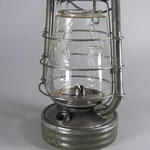 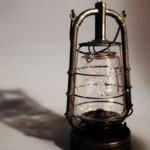 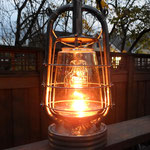 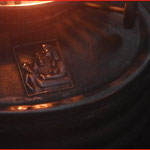 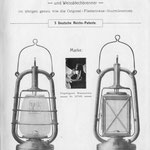 This is the 'STUBS' -  'SPHINX' model lantern by Fr. Stübgen & Co. Erfurt. Even though it was heavily rusted, underneath was a true gem.  It is in impeccable condition and is a statement as to how this lantern was built and the materials used. It came with a Double embossed Sphinx globe.    A single embossed Sphinx globe is very rare and this globe, which is double embossed, is a true rare find.

On the top tubes, it is embossed with 5 (Five) DRP PATENT NUMBERS:

***This lantern has the tank skirt DR Patent writing and oldest style tank skirt mounting.
The Patent with the tank skirt theme shows the older version, which was used until the end of 1906.
By 1907 the first patents with the convex tanks appeared, so this can be taken as a model shift date on the tanks.

The Thumb wheel appears to have been made by Brökelmann, Jaeger &
Buses Neheim.

The globe is embossed on one side near the top rim D.R.G.M.  The acronym D.R.G.M. with or without punctuation stands for Deutsches Reichsgebrauchsmuster, meaning that the design or function of an item was officially registered inside all of the Germany states and not only locally registered as it was the case before the introduction of centralized registration.  On the opposite side of the globe, it is embossed D.R.P. - Deutsches Reichspatent.

The 'STUBS' lantern was a more affordable version compared to the Bat 2850.  The air tubes of the Bat 2850 and Stubs lantern are identical. So is the burner.  With the STUBS lantern, the fuel tank was made in tinplate and did not come with the protective ring.  *Source: Achim Stübgen