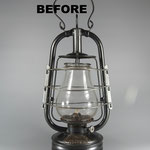 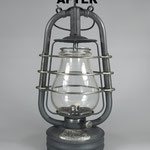 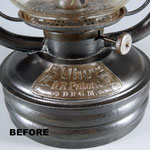 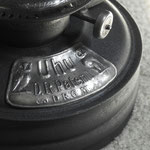 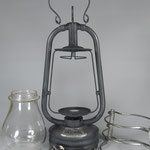 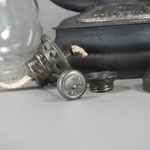 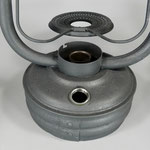 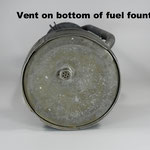 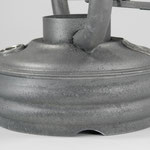 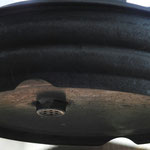 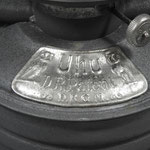 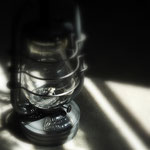 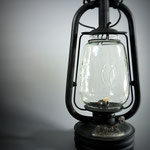 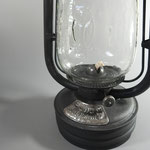 This lantern arrived with multiple heavy coats of brown metallic paint which was hiding all of the pinholes that were on both of the air tubes.  Once the paint was removed, along with the rust, all of the pinholes were repaired. The tank was also sealed.  It is now fully functional.

The globe guard (cage) that came with the lantern is the wrong cage.  It has been replaced by a cage from a Feuerhand Nr. 201 which fits perfectly.   The globe you are seeing in the photos (above in the gallery) would not have been the original globe to this lantern and I have located, what I believe to be, the correct 'EULE' Owl globe.

Gebrüder Bing company was founded in 1864 by the Ignaz and Adolf Bing brothers. The company became the world's largest toy manufacturer from the initial metalworking to the beginning of the 20th century. In the wake of the global economic crisis, the company went bankrupt in 1929.

The company initially went under the name Gebrüder Bing (Bing Brothers) and by the initials GBN (for Gebrüder Bing, Nürnberg), and after the death of Ignaz at around the end of WW1, switched to the name Bing Werke (BW).

The 'badge' on the fuel fount has two owls on either side of the initials 'UHU'.  Underneath it is stamped 'D.R. PATENT' and then 'D.R.G.M.'

The acronym D.R.G.M. with or without punctuation stands for Deutsches Reichsgebrauchsmuster, meaning that the design or function of an item was officially registered inside all of the Germany states

and not only locally registered as it was the case before the introduction of centralized registration.