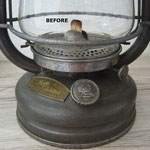 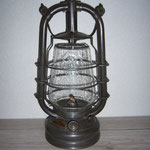 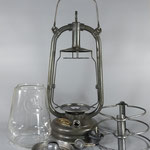 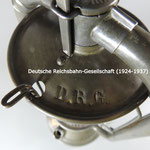 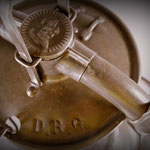 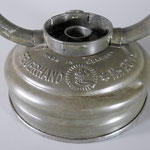 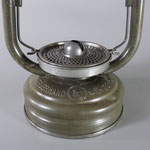 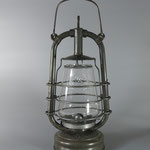 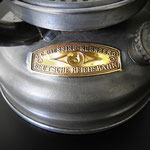 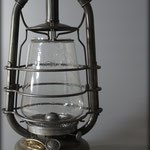 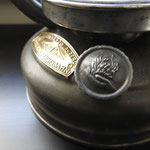 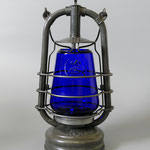 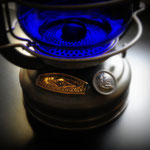 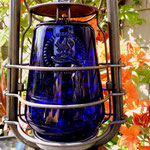 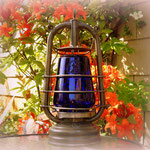 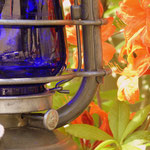 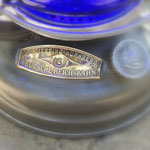 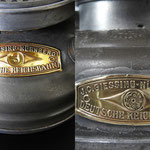 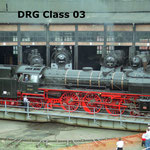 This is my third J. C Giessing Kerosene Lantern.  The lantern is a Feuerhand Nr. 201 from the 1930's.  It arrived with a clear embossed Feuerhand Globe which is not the proper globe for this lantern. The globe would be an embossed J. C. Giessing globe with the moon and stars on it (Giessings company Logo).

You can see the proper globe here in the other J.C. Giessing Lantern.  I put in a Blue embossed Feuerhand globe for now until I find another Giessing globe.

J.C. Giessing of  Nürnberg was not only a lantern producer, but also a lantern dealer. The J.C. Giessing company was a supplier of to the  German Railway companies. J.C. Giessing would purchase the lanterns he needed from other companies, such as The Nier company and then marked them with his own logo (moon and stars).


He would then sell the lanterns to the Bavarian Railroad and other railroad companies.The Nier company was a customer of J.C. Giessing from 1906 on until 1939. (*This additional information was kindly provided by Jörg Wekenmann*)

On 30 August 1924 a law was enacted providing for the establishment of a state-owned Deutsche Reichsbahn-Gesellschaft ("German Imperial Railway Company", DRG) as a public holding company to operate the national railways.


The badge on the fuel tank is beautifully embossed with 'J. C. Giessing*Nürnberg and then Deutsche Reichsbahn'.  In the middles it has the number '3'.   This number may indicate which class of train this lantern was used on. According to the records, the number '3' classification stood for 'Standard locomotive (Einheitslok)'.The Einheitsdampflokomotiven ("standard steam locomotives"), sometimes shortened to Einheitslokomotiven or Einheitsloks, were the standardized steam locomotives built in Germany after 1925 under the direction of the Deutsche Reichsbahn-Gesellschaft.  Their manufacture made extensive use of standard design features and components.